The pre-production prototype had a digital instrument cluster and most likely the base infotainment system.

In the top 10 best-selling cars available in Europe, the Octavia represents the heart and soul of the Skoda brand. The compact hatchback/wagon duo is approaching the end of its third generation and will enter the next phase before the year's end, just in time to celebrate the nameplate's 60th anniversary if we take into account the original Octavia from the late 1950s.

Courtesy of Auto.cz, a couple of new images have emerged to show what to expect in terms of interior changes from the next-gen car. Even though the quality of these spy shots is not exactly great, it's good enough to see some of the novelties. For example, the two-spoke steering wheel appears to be similar to what the 2018 Vision X had, a concept that went on to become the production-ready Kamiq. Here's a comparison between the two steering wheels.

Elsewhere, behind the steering wheel is the start/stop button exactly where you'd expect it to be. The car appears to be featuring a fully digital instrument cluster, and it will be interesting to see whether it'll come as standard even on the base model. To its right is a tablet-like infotainment system of a somewhat small size, which could be reserved for the more affordable versions of the range. For the sake of comparison, a bigger version of the display was caught by our spies a while back – as pictured below.

Moving the infotainment higher on the dashboard meant Skoda had to relocate the center air vents lower on the console in the same vein as on the compact Scala hatchback and the aforementioned Kamiq. Its MQB siblings, the revamped VW Golf and SEAT Leon, are going to have a similar arrangement, whereas the fancier Audi A3 will neatly integrate the touchscreen into the dashboard and boast the air vents to the screen's left and right.

Getting back to the Octavia at hand, we can see a stack of buttons between the infotainment and the central air vents. The shift pattern on the gear lever reveals the prototype had a six-speed manual gearbox, with more expensive versions to offer a two-pedal DSG setup.

With the Scala representing a more upscale replacement of the Rapid, a spec for spec comparison with the Octavia reveals the latter isn't significantly more expensive. We have a feeling Skoda is going to push the O4 upmarket to better separate the two models, so expect a higher price tag and more refinement from the next-gen Octavia. 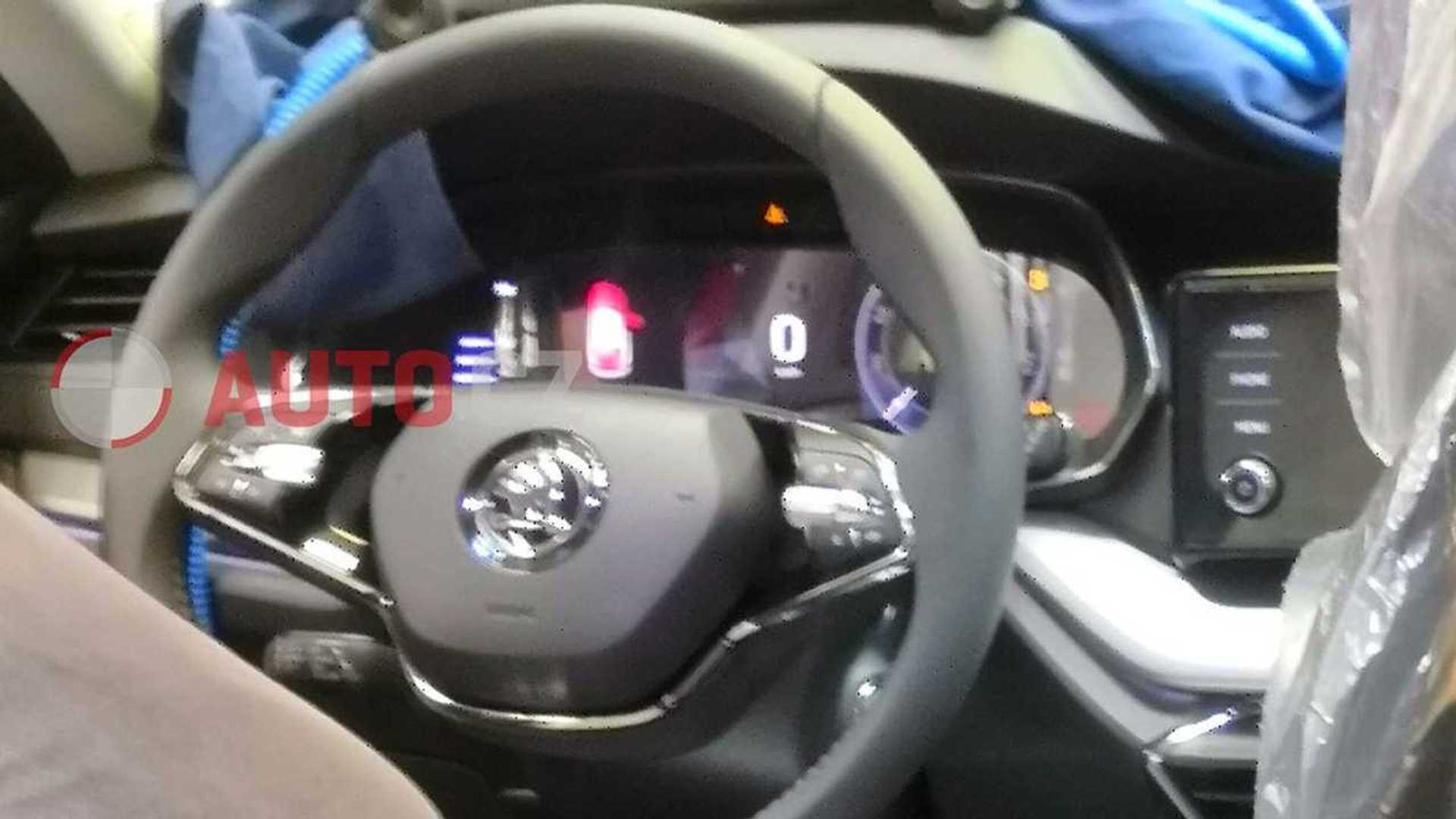