Fish-out-of-water stories always garner attention, and it's tough to imagine a BMW 7 Series further from its home turf than this. Coming to you from Russia is the Valkyrie 766, and while we don't know why Valkyrie was chosen for the name, 766 is a combination of the 7 Series body and the Russian-built GAZ-66 chassis on which it rides. And well, it certainly seems capable of traversing the roads less traveled. Or for that matter, roads that don't even exist.

This build isn't simply a novelty created by a bored car fanatic. It's actually the crux of a tour company at tourbigfoot.ru that offers unique off-road adventures for folks interested in seeing the Russian countryside. The trips can be as short as a couple of hours or span a couple of days, taking up to three people for a mud bath on a basic off-road course or an overnight camping trip. The tours can also take on a historic role by visiting areas of conflict during World War II, or there's a "miracles of nature" trip that, presumably, involves some picturesque surroundings.

Through it all, passengers move along in this extremely modified E32 7 Series. The interior looks very much like a proper Bimmer, right down to the swanky leather accommodations though the massive aluminum gear level isn't original. The E32 did offer V8 power with a manual gearbox, but we suspect that stick connects to GAZ powertrain components. As for the chassis, it was a Soviet Union off-road staple for the better part of 30 years from the 1960s through the 1990s, and it used a V8 of its own.

Details on the Bimmer build aren't listed, but honestly, do such details matter? It's got camouflaged paint, massive fender flares to reduce mud flinging from the balloon tires, and it sounds good while devouring forest trails. It's unlike any BMW we've seen, and should we find ourselves with time to spare in Russia, a ride in this monster is definitely on our bucket list. 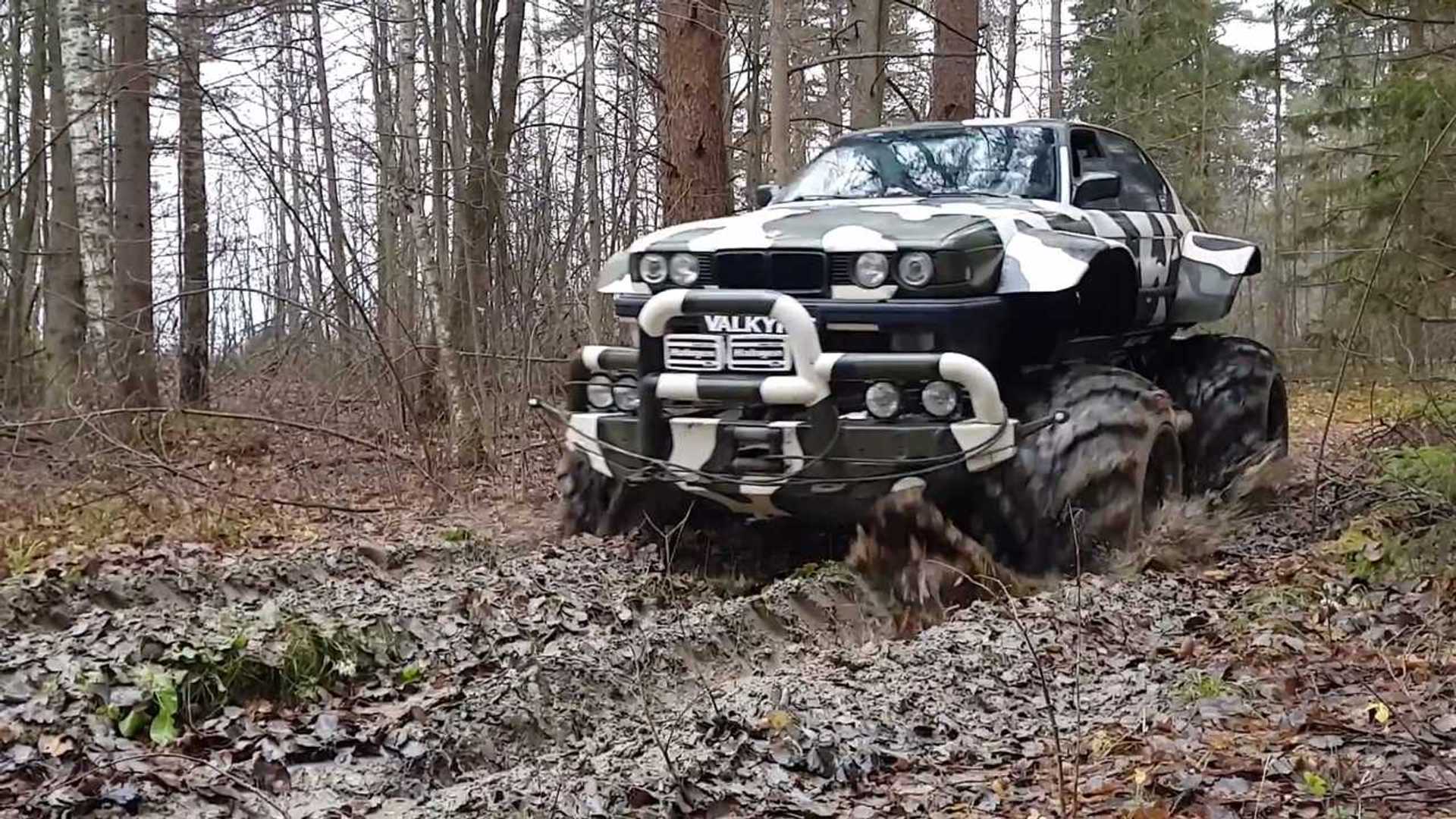 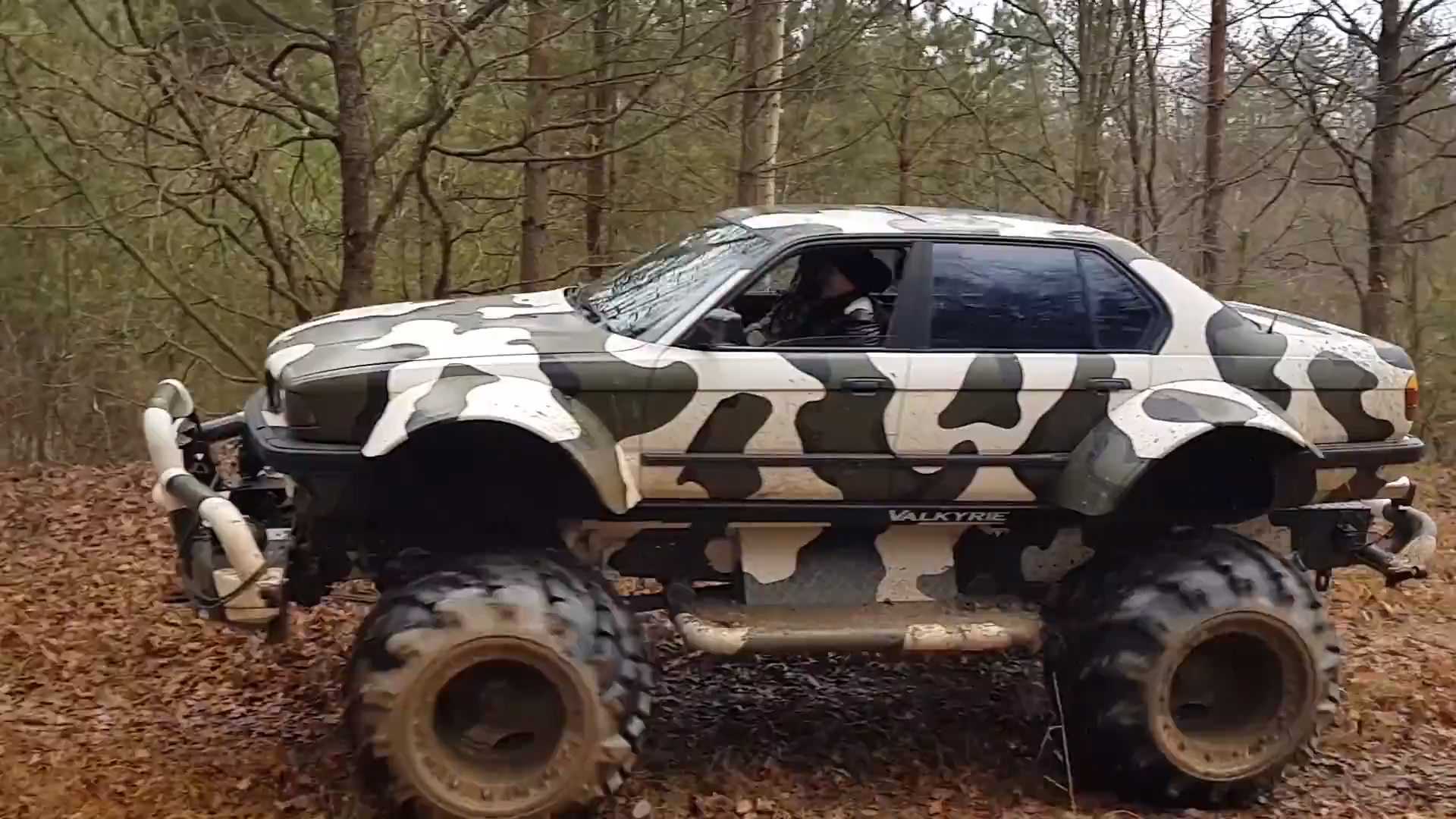 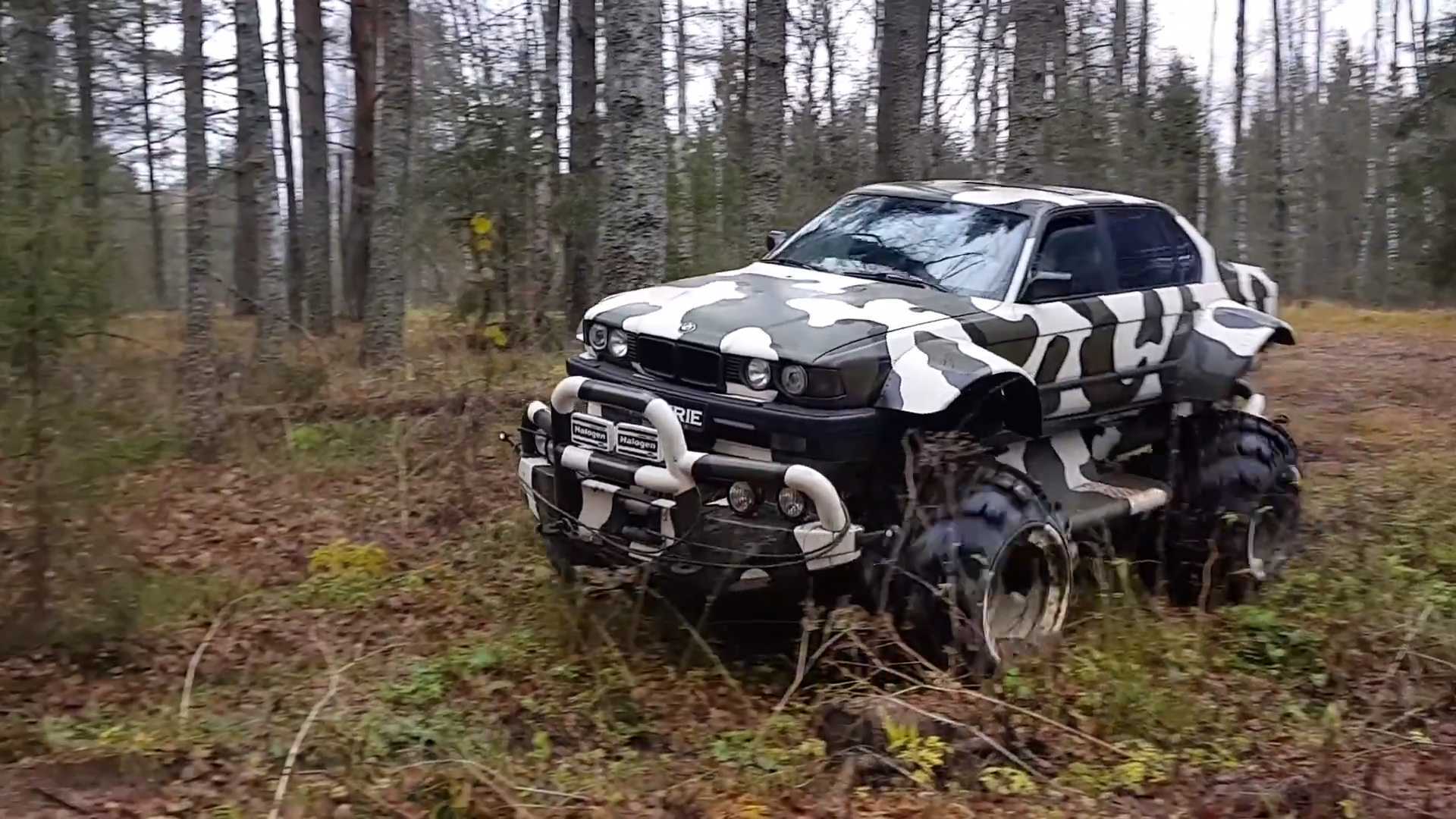