Formula E founder Alejandro Agag is ready to take electric racing to extremes with the launch on Friday of a rugged SUV prototype that will compete in some of the most remote and ravaged parts of the planet.

The Spaniard, soon to step aside as Formula E chief executive, aims to highlight the impact of climate change while promoting electric vehicles with a new 'Extreme E' series.

Former Indianapolis 500 winner Gil de Ferran gave the Odyssey 21 prototype a first public run at the Goodwood Festival of Speed, a four-day event that bills itself as the world's largest motoring garden party.

"I think it's an electric beast that we have created here and the perfect character for the championship we want to create," Agag told Reuters.

"This is where the championship becomes real. It's really the proof of concept. People need to touch something to believe in it.

"It was very much the same with Formula E. No-one believed in Formula E, but when we showed the first Formula E car people started believing. So this is the day where people start believing that Extreme E is going to come."

The series is due to launch in 2021, with likely manufacturer involvement.

The car, built by French company Spark and powered by batteries designed by the Williams Formula One team, is capable of going from 0-62mph in 4.5 seconds and with a range of 200km in non-racing conditions. The top speed is around 200kph.

Manufacturer teams can use their own powertrain and bodywork so it looks more like their road going SUVs.

Ultimately, the car could use hydrogen fuel cells rather than batteries.

"I would say we have the altitude location, desert location and jungle location identified. We still are scouting the world for the ocean location, which is dealing with plastic pollution, and the polar location.

The races, in head-to-head elimination format without spectators, will be filmed in areas already suffering from environmental damage or under threat. They will then be edited into a 10-part 'docu-sport' package.

Agag said he had more than 25 letters of intent signed with potential teams and one, Monaco-based Venturi who also compete in Formula E, had been announced. 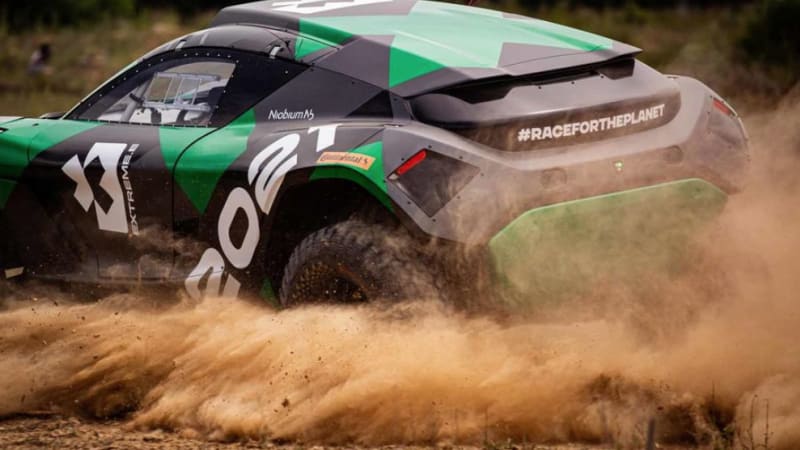