fordFord Transit
Four exhaust pipes yet only 118 hp. What gives?

Welsh van modification company MS-RT has released a new limited-edition version of the Ford Transit Connect called the R120. Just 30 examples of the sporty-looking commercial vehicle will be produced for customers in the UK, while six will be built for the Northern Irish market. All will be painted white.

All 36 R120s will be based on the panel van version Transit Connect, but customers will get a choice of long- and short-wheelbase variants. There's a choice of two- and three-seat versions, too, and you can decide whether you want a manual or automatic gearbox.

Beyond that, though, the specification is more or less determined by MS-RT. The Frozen White paintwork is joined by red and black decals that MS-RT describes as "subtle." Some white "rally-inspired" OZ Racing alloy wheels, black door mirror caps, and black quad exhaust tips complete the high-performance look.

That image is combined with full leather seats adorned with red stitching, while the cabin also benefits from a wireless phone charging pad and a reversing camera. Cruise control and the Ford Pass Connect connected vehicle system, which allows app-based access to real-time vehicle information, make up some of the highlights of the equipment list.

Like so many other MS-RT products, the R120 vehicles also feature a slightly less obvious feature – the Maxhaust sports exhaust system. The system uses app-based technology to deliver the sound of a sports exhaust through the van's integral speakers, giving the vehicle a soundtrack to match the sporty image.

Despite the go-faster appearance, the sporty-looking van sticks with the standard 1.5-liter turbodiesel engine good for 118 horsepower. With four exhaust tips, it means you're getting just under 30 hp / exhaust tip, which must be some sort of record. The oil burner works with a manual transmission or an optional automatic.

Prices for the new R120 will start at £25,995 ($34,700) plus value added tax (VAT), although buyers making merry with the options list will likely have to pay slightly more. Whatever options are chosen, however, the Pontypool-based manufacturer is promising exclusivity. MS-RT says there are no plans to increase production beyond the original 36 vehicles.

The company is also promising the same three-year/100,000-mile warranty offered with conventional Transit Connect models. That's because MS-RT is part of Ford's QVM (Qualified Vehicle Modifiers) program, which means Ford will honor the original warranty, despite the MS-RT modifications.

"The MS-RT Transit Connect has already been a huge success and we've developed the R120 in response to customer demand for something even more bespoke," said MS-RT founding director Edward Davies. "The special edition model is sure to sell out very quickly and become an icon among fans of the MS-RT brand." 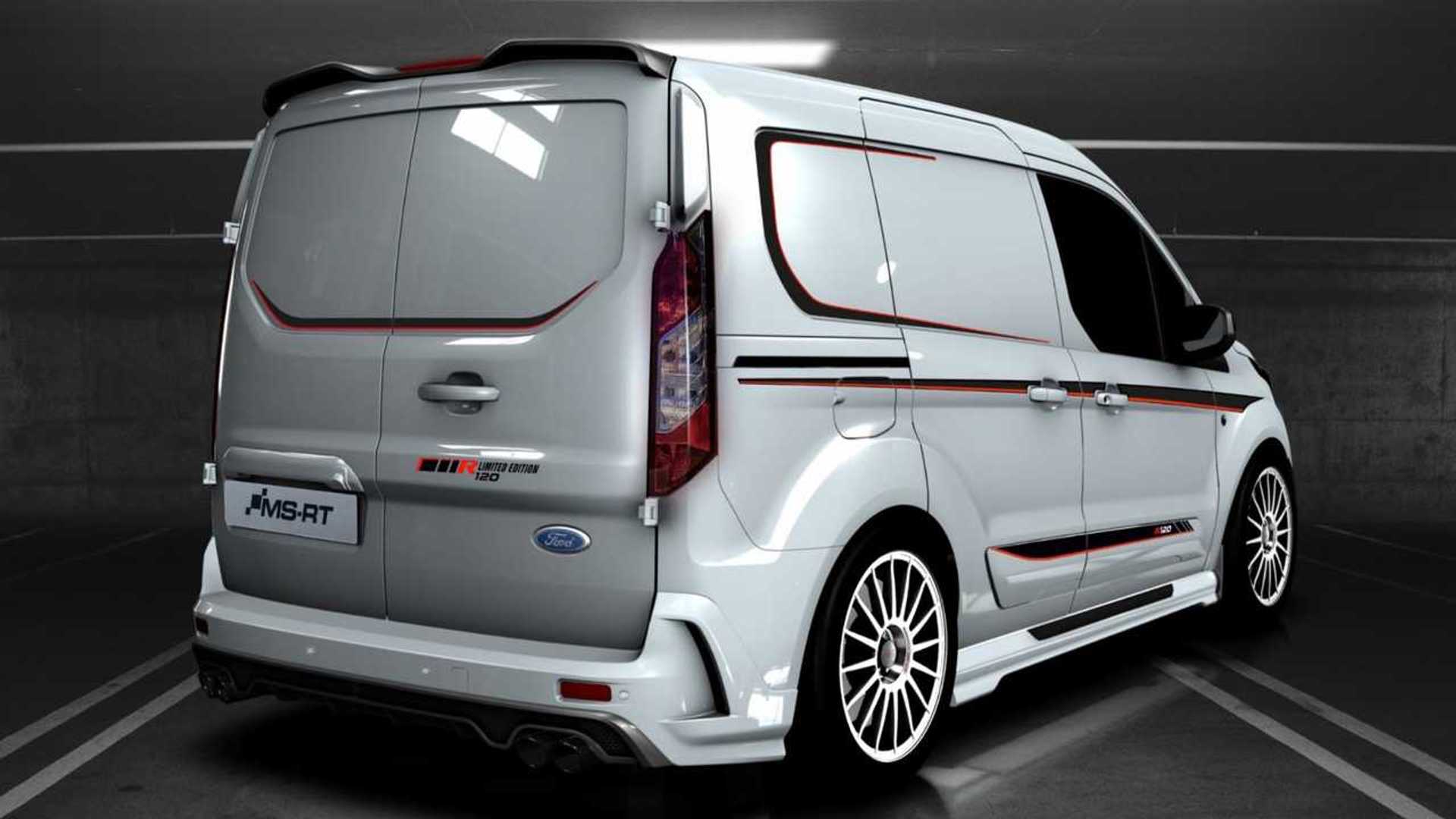