Lexus
It doesn't need flying reindeer because the engines run on holiday spirit.

If Santa ever needs a new sleigh, there are plenty of automakers ready to provide him with a fresh way to deliver presents. The Lexus HX Sleigh Concept is the latest offering hoping to get Old Saint Nick to trade in his flying reindeer for something a bit more modern.

The Lexus HX wears a far more modern body than Santa's current ride. There's an enclosed cockpit, which should keep Father Christmas a bit warmer on his journey. The front end features Lexus' spindle grille. Since this is a polarizing styling cue, let's hope it appeals to Santa. In the back, the company promises "unlimited cargo capacity," so there must be access to an alternate dimension that's capable of swallowing presents for millions of children. A foot sensor offers hands-free opening of the trunk.

Along the sides, there are jet turbines. Don't worry about emissions, though, because Lexus says the HX runs on a holiday spirit, which is also a completely renewable resource.

While Lexus doesn't offer any images of the interior, there's apparently a 25-inch touchscreen display in the cabin. It can show air traffic so that Santa doesn't have to worry about a Boeing getting in his way while getting the job done. A neck warmer in the seats keeps Old Saint Nick toasty. The Mark Levinson Surround Sound Audio System allows for perfectly reproduced Christmas carols all night long.

"I'm a simple man, but the ol' sleigh has been looking a bit less refined than it used to," Santa told Lexus. "It was time for me to upgrade my capabilities to help deliver toys to all the children on my nice list more efficiently, so the Lexus HX Sleigh Concept couldn't have come at a better time. Mrs. Claus is excited to drive it, too!"

While it's not as luxurious, the HX Concept's ability to fly might make it more attractive to Santa than the Bentley Reindeer Eight that's also competing for his attention this year. 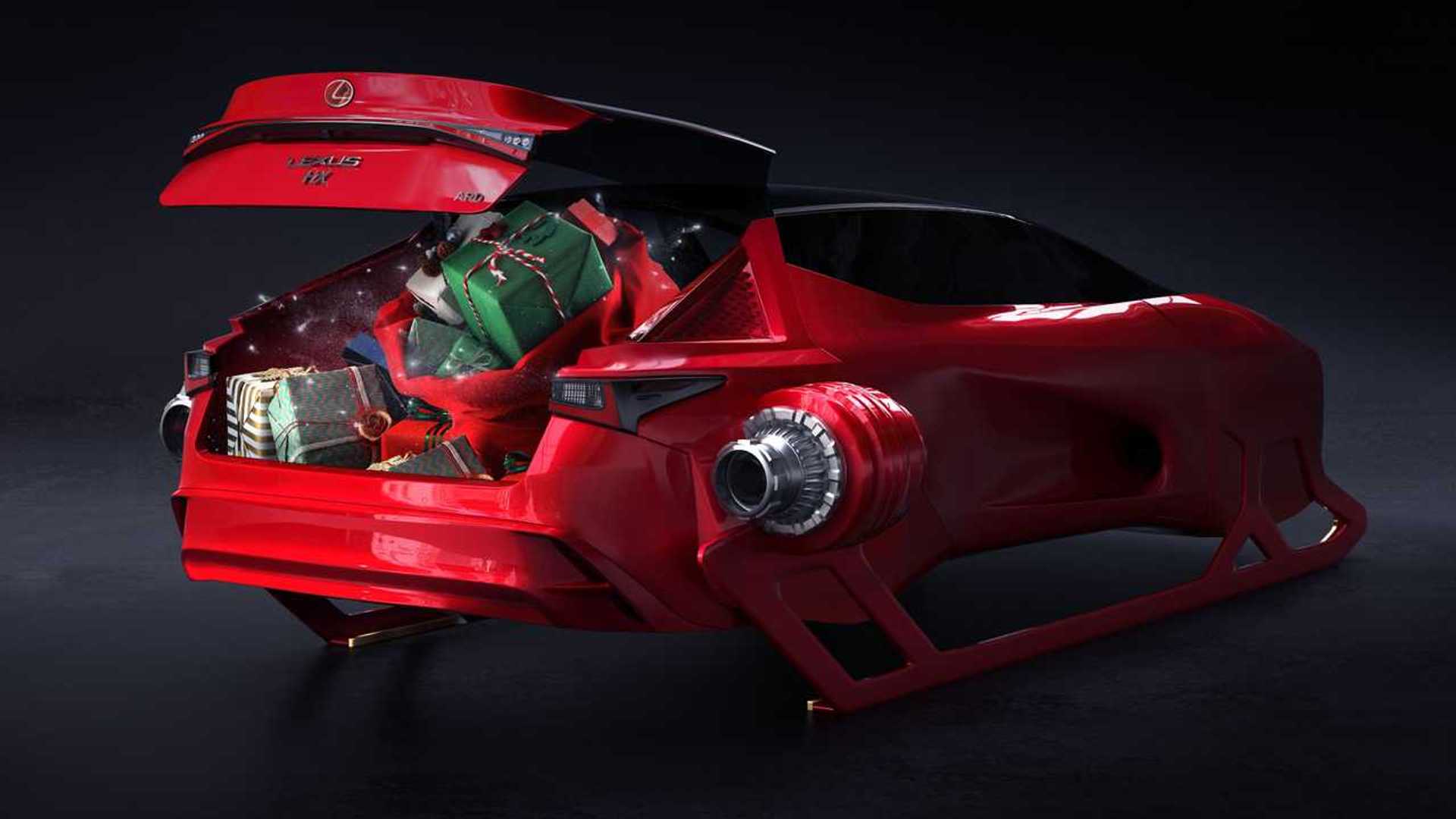