We've already established Mitsubishi's big debut for the 2022 Tokyo Auto Salon will be the Vision Ralliart concept set to be shown alongside the Outlander Ralliart Style. However, Mitsu's presence at TAS will include a third vehicle sharing the same sporty branding revived after more than 10 years. We’re sadly talking about yet another crossover, the smaller Eclipse Cross, in the Ralliart Style specification.

It too is all about visual upgrades by adopting a bunch of red accents and a side decal. Harkening back to the glory days of the Lancer Evolution rally car, the Eclipse Cross has mudflaps. In a bid to set it apart from the standard crossover, Mitsubishi has fitted a chunky roof spoiler finished in black with a red underside.

This year's TAS will also serve as the venue for a more adventurous version of the Delica D:5, based on the minivan's facelift introduced in 2019. It too reminds us of the days gone by when Mitsubishi was pumping out outdoorsy derivatives of its JDM family hauler. Carrying the "Tough x Tough" suffix, the rugged version has a lifted suspension for extra ground clearance.

It sits on 16-inch wheels wrapped around in all-terrain tires and boasts black plastic fender flares with exposed rivets. The TAS-bound van has also received a front bull bar, rear bumper guard, and mud flaps to accentuate its go-anywhere capabilities. Rounding off the upgrades are the rooftop tent and a sleeping pad to create a completely flat bed over the second and third row of seats.

As for the K-EV concept X Style and Minicab-MiEV B-Leisure Style, they're both fully electric kei cars. Finished in solid matte blue with a copper roof, the former previews a tiny EV co-developed with Nissan for Japan. The latter has a moss green body combined with an ivory roof and explores the idea of a diminutive commercial vehicle with bidirectional charging.

All these concepts will be showcased at the 2022 Tokyo Auto Salon from January 14 through 16. 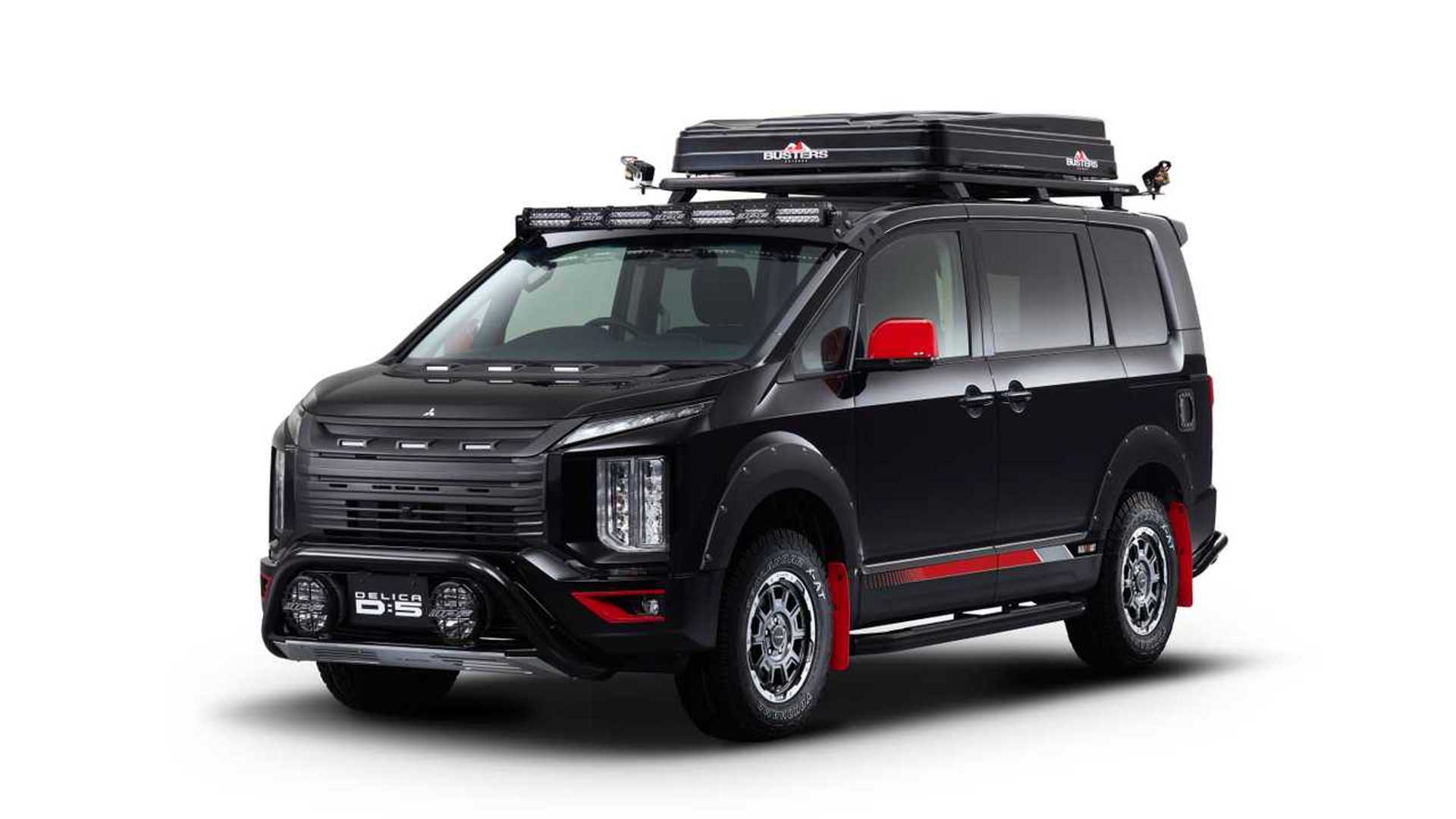 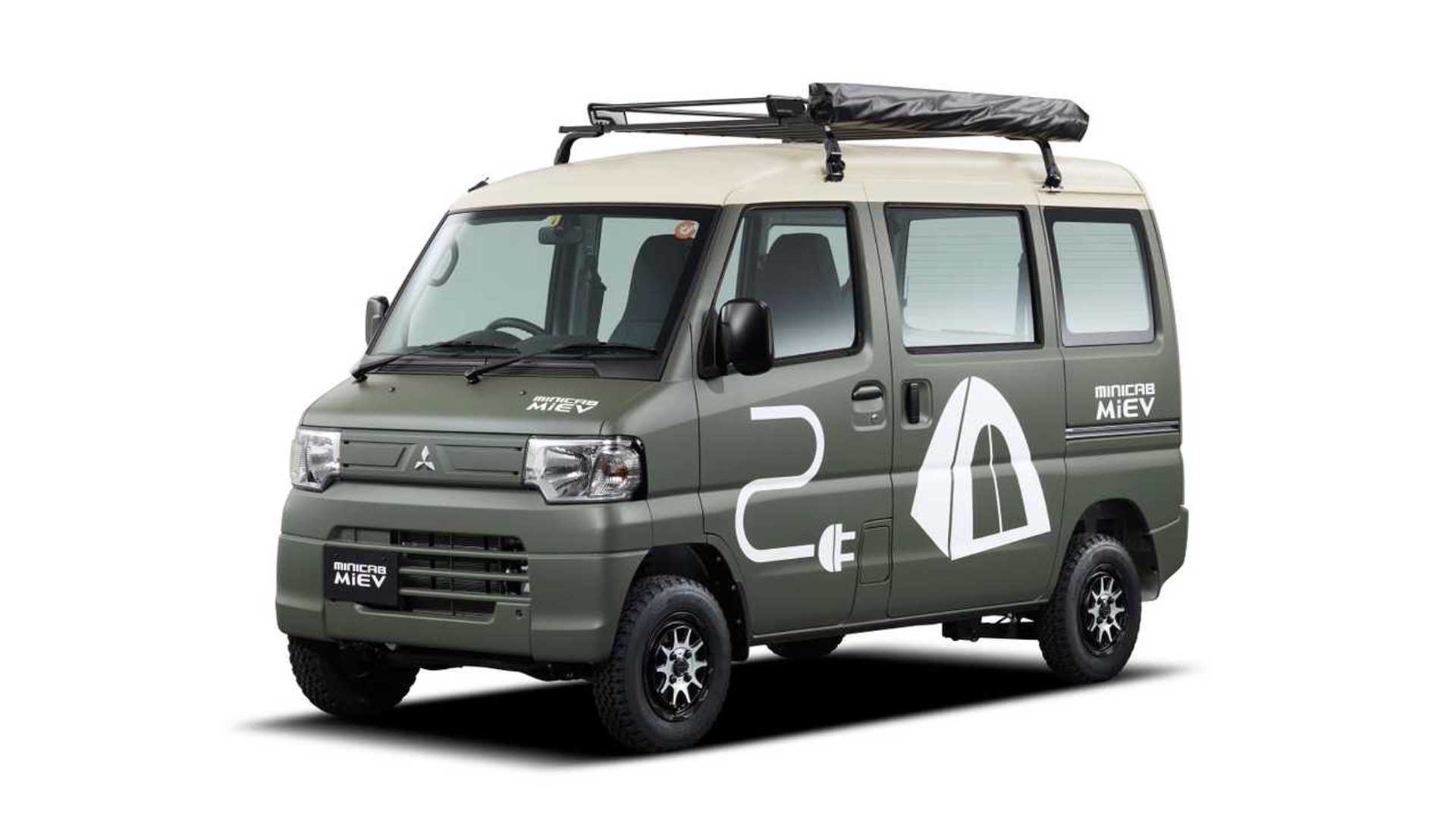 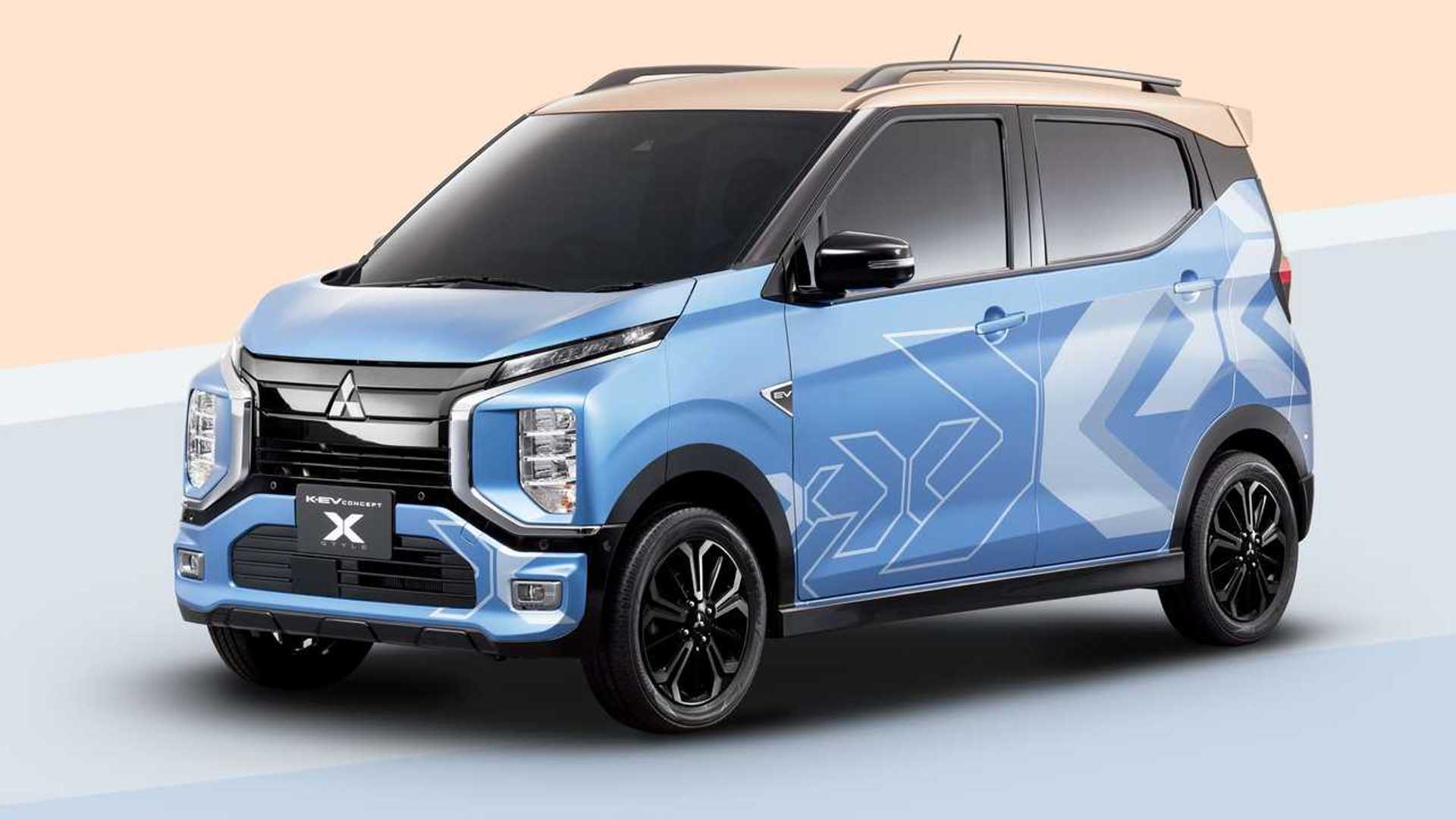