The word's first production electric rally car will hit the stages next year.

The vehicle is being put through its paces at Dudenhofen Test Center in Germany, a private testing facility ran by Opel which incorporates a three-mile high-speed test track and 900 meters (2,952 feet) of rough road Belgian paving.

"We have two objectives," said Opel Motorsport Director, Jörg Schrott. "Both cars are covering as many miles as possible, in order to gather the maximum amount of data at an early stage. There is no experience of an electric rally car that we could turn to, so initially, we had to rely on calculations and simulations. These are being gradually replaced with real data. Other focuses are on loads and temperature management of the battery, as well as adapting the software. I am pleased to report that our program is going smoothly."

Once this stage of testing for the Corsa-e Rally has wrapped up, Opel will build another prototype which will serve as the basis for future customer cars. Around 20 examples of the 136-horsepower car will be produced initially, with the first 15 set to be delivered by the summer in time for a specially organized maiden test event.

"With a brand cup car, it is important that the performance remains constant and accessible under all conditions. The equipment should guarantee equal opportunity for all participants", said Schrott. "We also decided that the Corsa-e Rally should match or even exceed the high standards of its petrol-engine predecessor, the Opel Adam Cup. We are on the right road here too. While the power output is almost the same, the 192 lb-ft (260 Nm) of torque is much higher than the Adam Cup's."

"The center of gravity is low, thanks to the underfloor-mounted battery, and the weight distribution is also very good, which is extremely important for an agile competition car," he added. "Now we need to find the most balanced chassis setup, so in January we will start simulating some real rally stages."

The Corsa-e Rally uses the same battery as the production electric Corsa, a 50-kWh unit that enables a range of 209 miles (337 kilometers) according to WLTP. In the rally car, there are three modes: "competition mode" which gives full power and maximum torque for at least 37 miles (60 kilometers); "rain mode" that gives a torque curve adapted to slippery surfaces; and an energy-saving "eco mode" designed for use between stages and for driving to service. 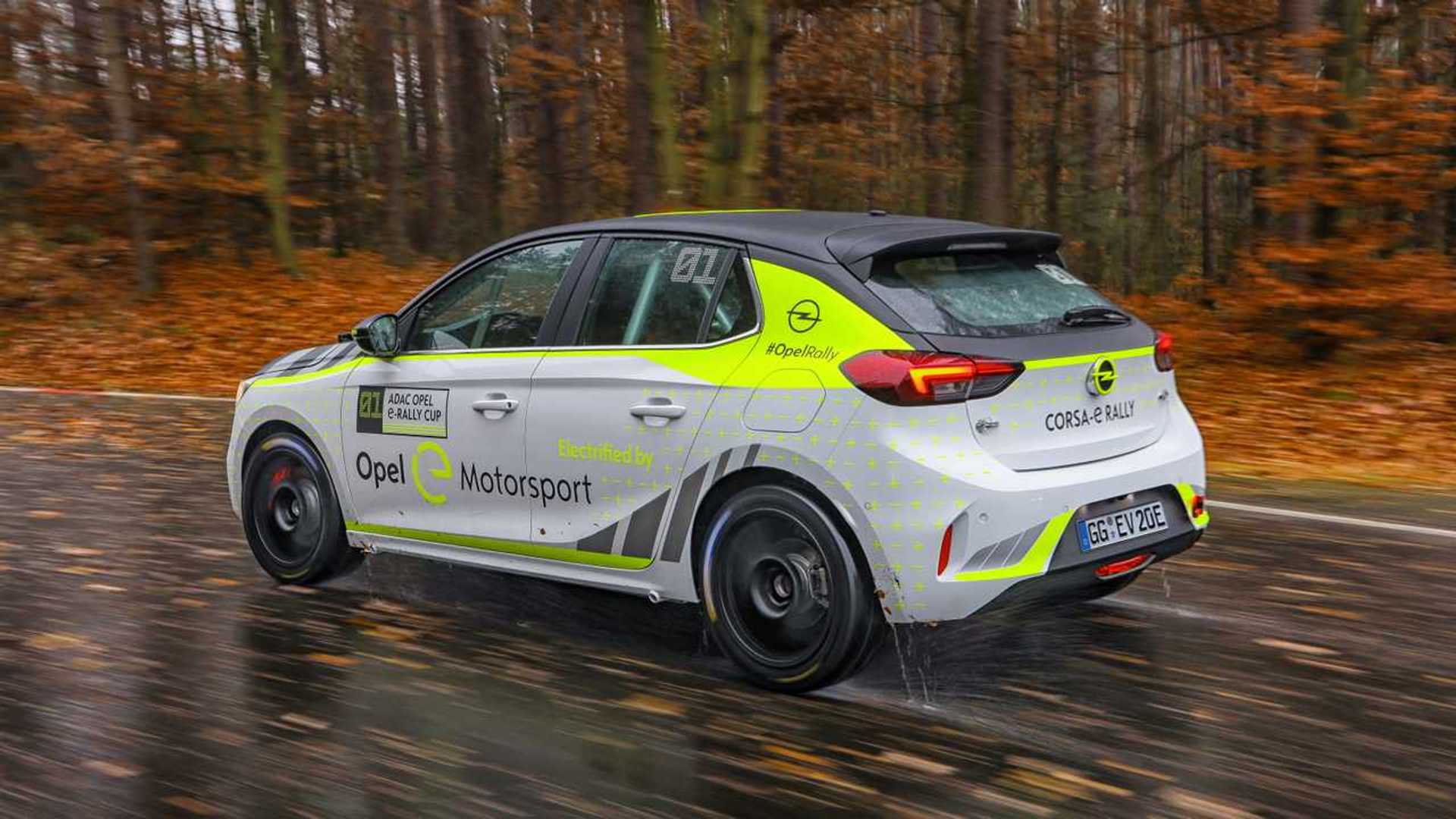