pickupToyota
Not long ago, the North American compact pickup truck was as devoid of life as the Bonneville Salt Flats. Now, the previously deserted segment is almost breaming with new ‘lifeforms.’

It took years for Hyundai to muster the courage of introducing on sale its first four-door pickup truck for the North American region. And by the time its unibody Santa Cruz compact pickup truck hit dealerships as the bed-toting sibling of the Tucson SUV, enough time had passed for one of its rivals to create a measured response.

As such, the Mexico-built Ford Maverick was reborn as a compact four-door pickup truck that is related to crossovers like the Ford Bronco Sport and Escape, as well as the Lincoln Corsair. And the affordable yet electrified (or turbo EcoBoost) Maverick soon proved that both Hyundai and Ford were right to gamble their return to a North American compact pickup truck lifestyle.

Logically, that made rivals suddenly realize they just missed a big opportunity. And you know who has the most to lose from the whole deal? That would be Japanese automaker Toyota, which is clashing with Ford across almost all North American pickup truck segments. And the latter is winning badly, currently, given the Super Duty plus F-150 F-Series supremacy across the full-size segment, as well as the newfound compact crown.

Alone, the mid-size Tacoma is keeping the banner up for Toyota, but for how long? The logical action for the company – at least from the POV of the imaginative realm of virtual automotive artists – would be to try and solve the new best-selling problem with a unibody compact pickup truck of its own.

And of course, the rumor mill has quickly started jumping around a potential Toyota Stout (1954 to 2000 production over just three generations) revival, especially now that both the Hilux and Tacoma are living a mid-size pickup truck lifestyle.

So, here is Kleber Silva, the Brazil-based virtual artist known as KDesign AG on social media, who has recently decided to have a CGI go at imagining the perfect little Toyota truck for the North American market that could successfully oppose the Hyundai Santa Cruz and Ford Maverick force. Well, sort of – and only if it does not get accused of plagiarism first.

That is a big if since the pixel master used the Ford Maverick as the base of CGI operations for the unofficial design proposal for “Toyota’s future compact pickup set to be unveiled in the coming years.” The changes made to better fit the Japanese carmaker’s styling are subtle yet impactful, though – and this is simply because the Compact Cruiser EV concept was also used for some DNA snatching to cover the front and rear bits and pieces. But is that enough? 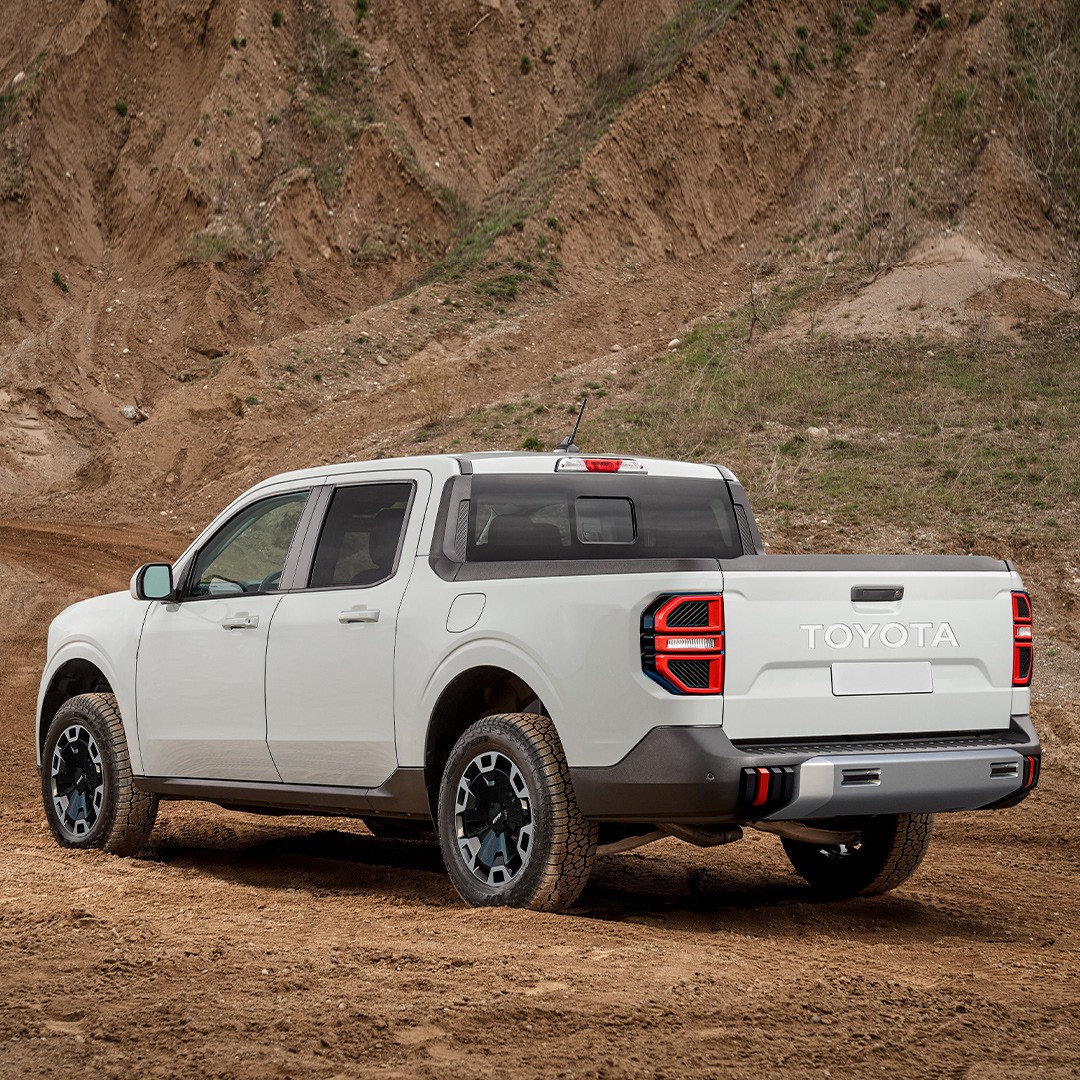