Land RoverLand Rover DefenderManharttuning
The tuner has also massaged the inline-six engine to give it a near-V8 punch.

Land Rover Defender production is currently on a hiatus due to the never-ending chip shortage, but that's not stopping tuners from fiddling with the iconic off-roader. Manhart is the latest aftermarket specialist to work on the Slovakian-built SUV and its version of choice is a five-door 110 model. You can tell by looking at these images the British G-Class has been modified for more on-road presence rather than extra performance off the beaten path.

That's because the vehicle now rides on a set of massive 24-inch wheels featuring a gray finish and wrapped around in 295/30 ZR24 tires. Alternatively, Manhart will happily sell you 22-inch alloys to preserve the off-road chops the Defender is known for. The smaller shoes come in black and boast 295/40 rubber – as seen on the spare wheel mounted at the back.

To make room for the large wheels, the tuner has beefed up the arches while also tweaking the air suspension to bring the Defender closer to the road by 30 millimeters (nearly 1.2 inches) for a bit more visual drama. Manhart then switched its attention towards the SUV's cabin by making generous use of leather and Alcantara to spruce up the already posh interior.

The painted engine cover signals the Wuppertal-based tuner has also modified the 3.0-liter, inline-six engine belonging to this P400 model. With a simple software remap, the output has increased to 512 horsepower and 710 Newton-meters (524 pound-feet) of torque, bringing the output levels quite close to those of the supercharged 5.0-liter V8 model unveiled earlier this year.

There's no word about performance, but we'll remind you the top dog in the Defender family hits 60 mph (96 km/h) in as little as 4.9 seconds before hitting a top speed of (149 mph (240 km/h). Complementing the upgraded inline-six of the Defender P400 will be a custom stainless steel exhaust with carbon or ceramic-coated tips. To match the added oomph, Manhart will optionally fit upgraded brakes for extra stopping power. 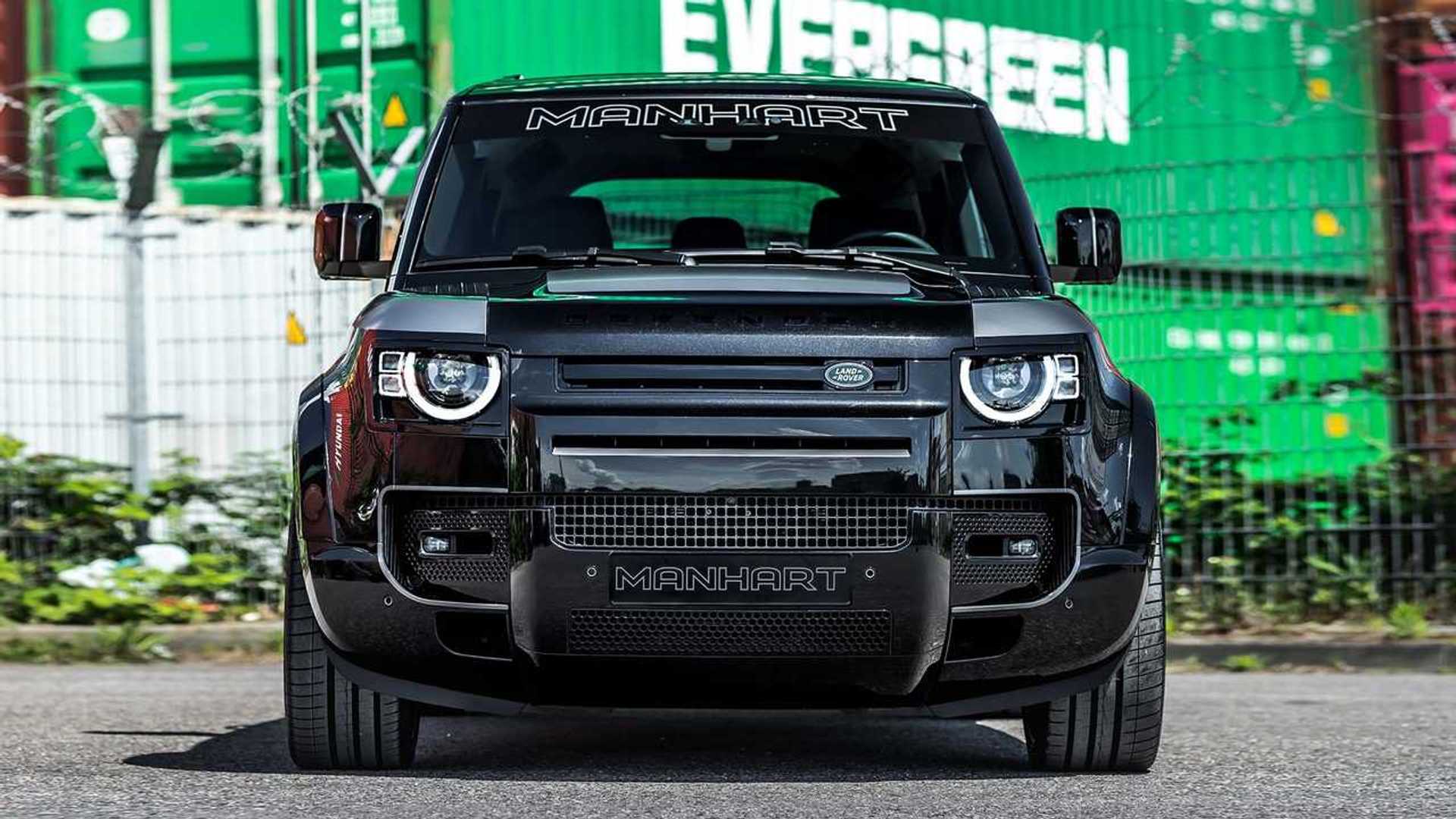 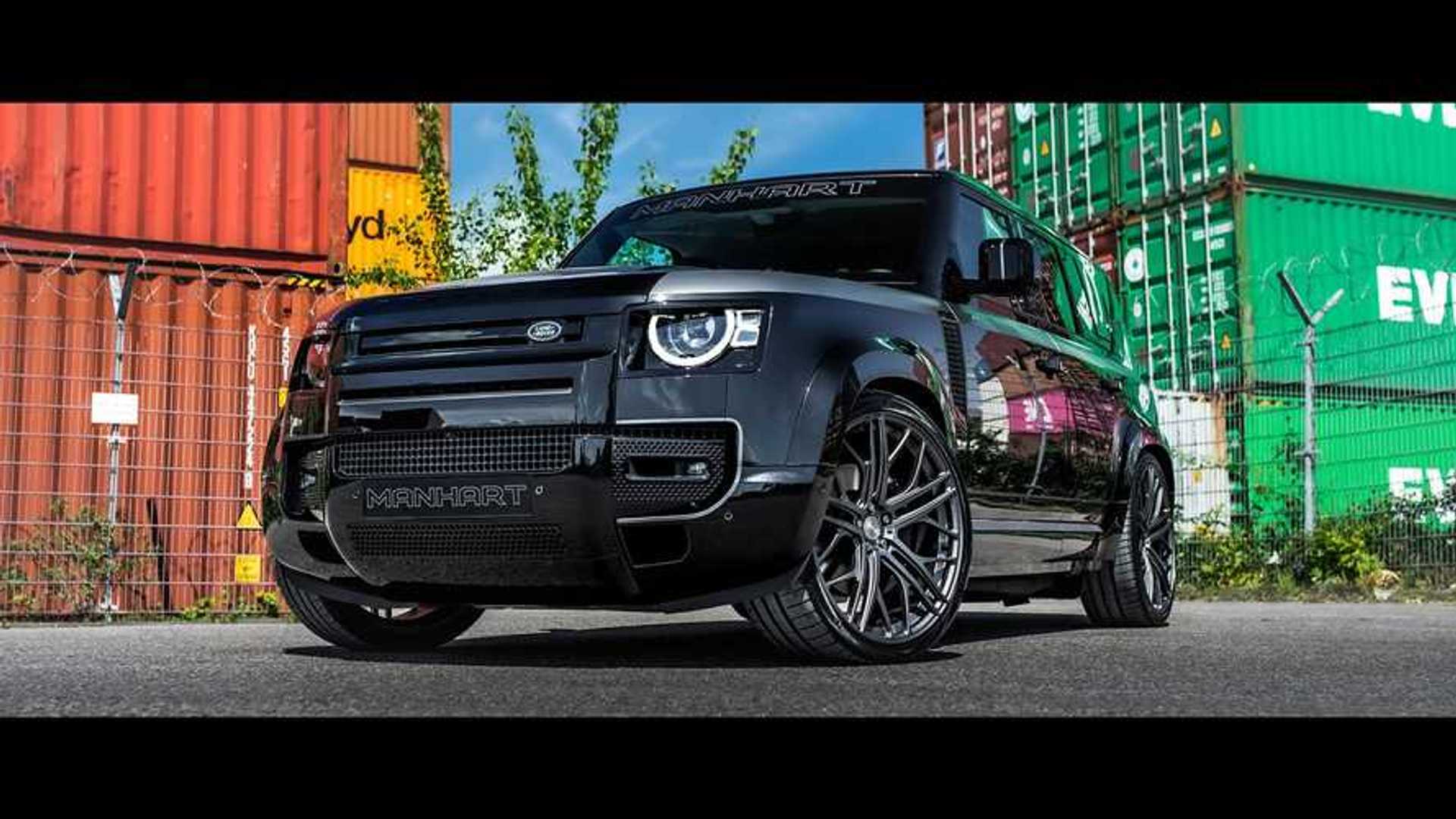 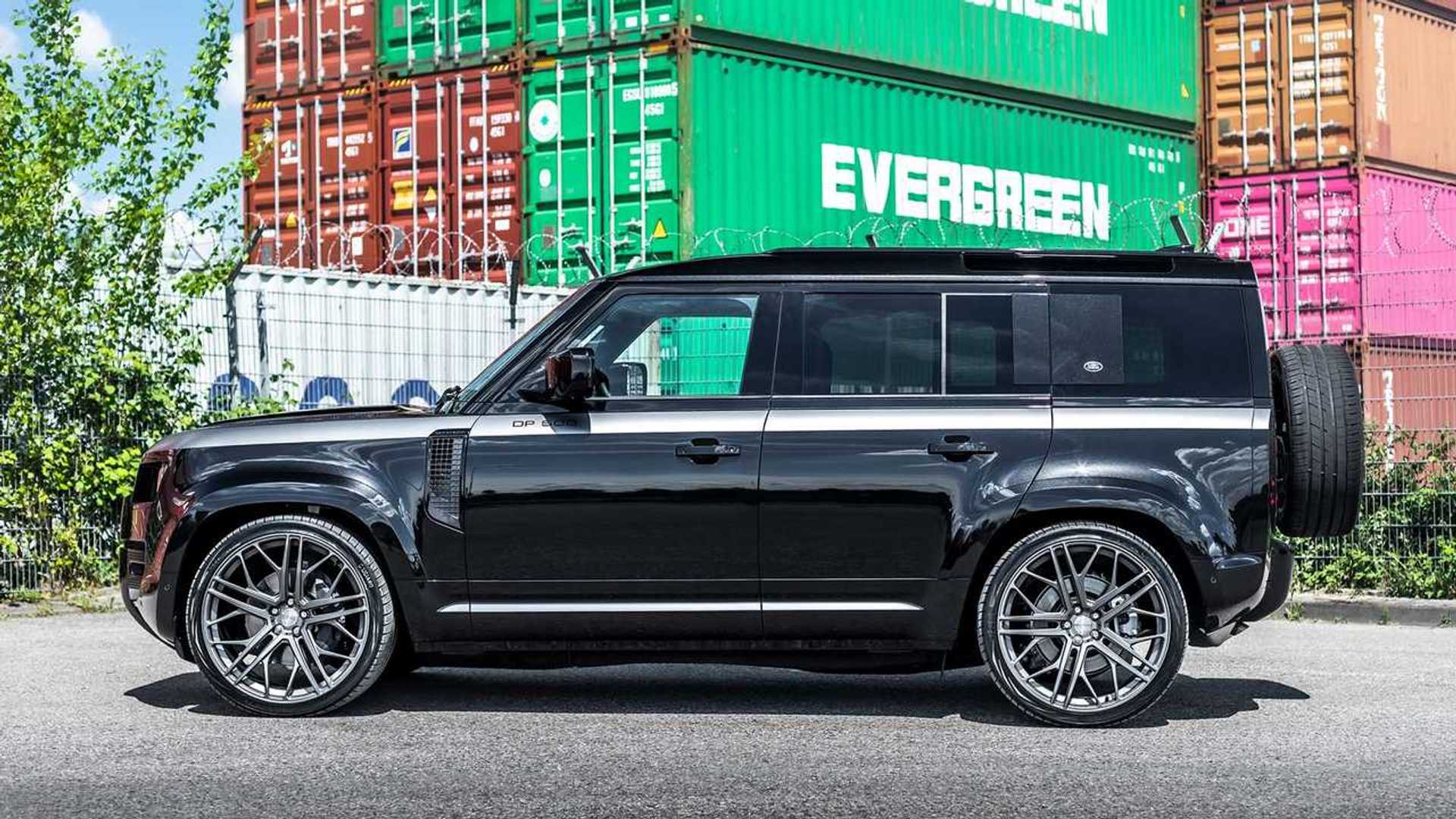 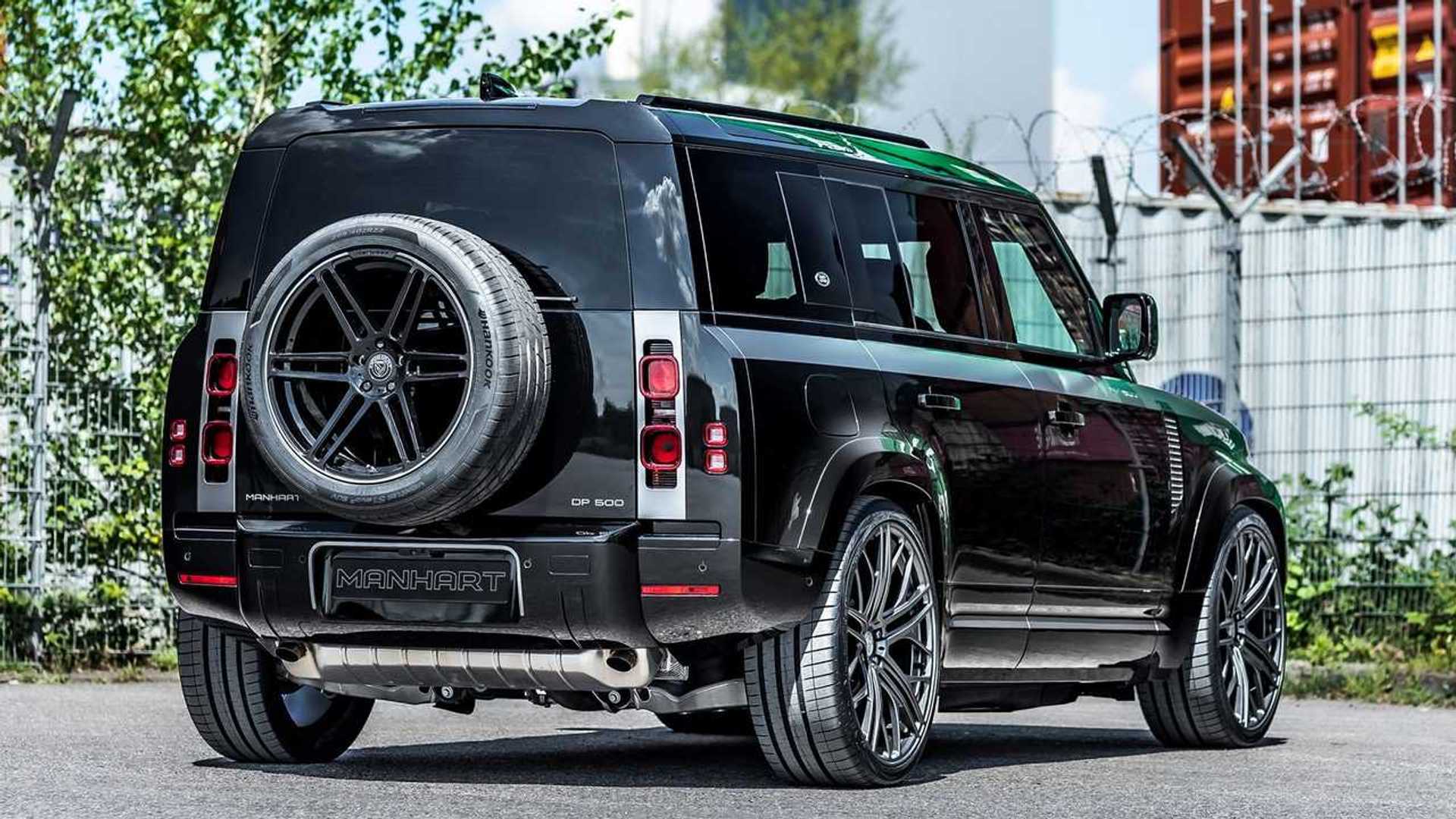