Called the Q40 Defender, the one-off Defender has been extensively modified with custom parts including hand-finished bodywork, a cockpit-styled interior and a Ford-sourced turbocharged V8 petrol engine.

The remapped 2.3-litre Ecoboost unit endows the Q40 with 303bhp, driving both axles through a six-speed automatic gearbox. Improved brakes have also been added: 345mm discs at the front and 330mm at the rear.

Inside, carbonfibre racing seats have been fitted, finished in hand-stitched Bridge of Weir leather throughout. A new steering wheel has been added and the instrument panel has been redesigned to be “ergonomically optimised” for the driver.

The front is finished in dark materials in a nod to the Chinook’s cockpit, while in the contrasting two-seat rear compartment, passengers get a “luxurious seating area”, complete with a champagne-storing centre console.

The luggage bay has been portioned off with webbing taken from the loadbay of the aircraft itself.

These changes are claimed to have improved the performance, dynamics, and efficiency over the original 4x4.

The Q40 is a one-off vehicle, and proceeds of its sale at the Goodwood Revival in September will be donated to the Royal Air Forces Association charity.

Tecniq co-founder and CEO Nigel Lempriere said: “The Q40 Defender project was born to celebrate all that's great about the Chinook, showcasing Tecniq’s latest automotive technologies and engineering capabilities and supporting the great work carried out by the Royal Air Forces Association.

“The aircraft really is iconic, and the Q40 Defender is our way of celebrating the 40-year service milestone to our country, having played so many key roles with the military in efforts across the world.” 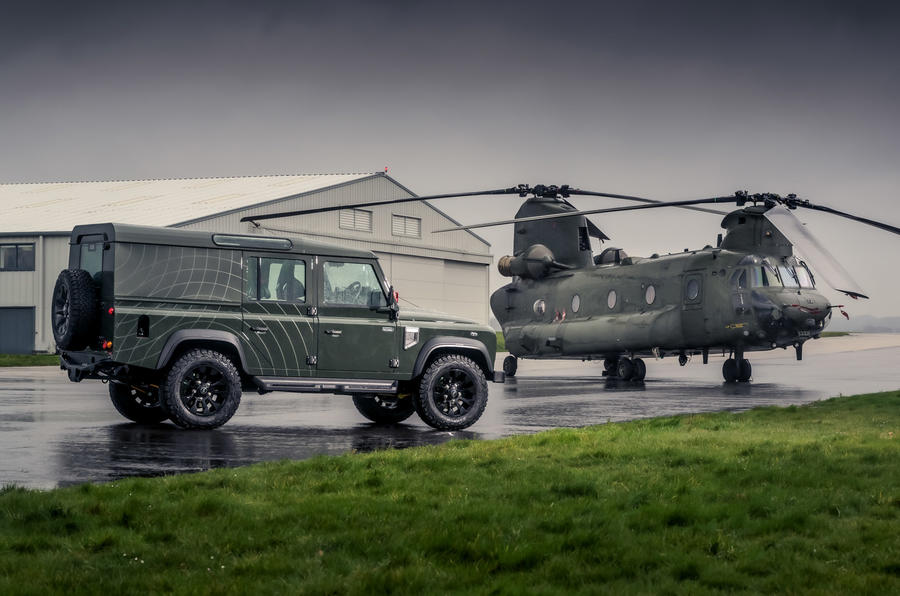 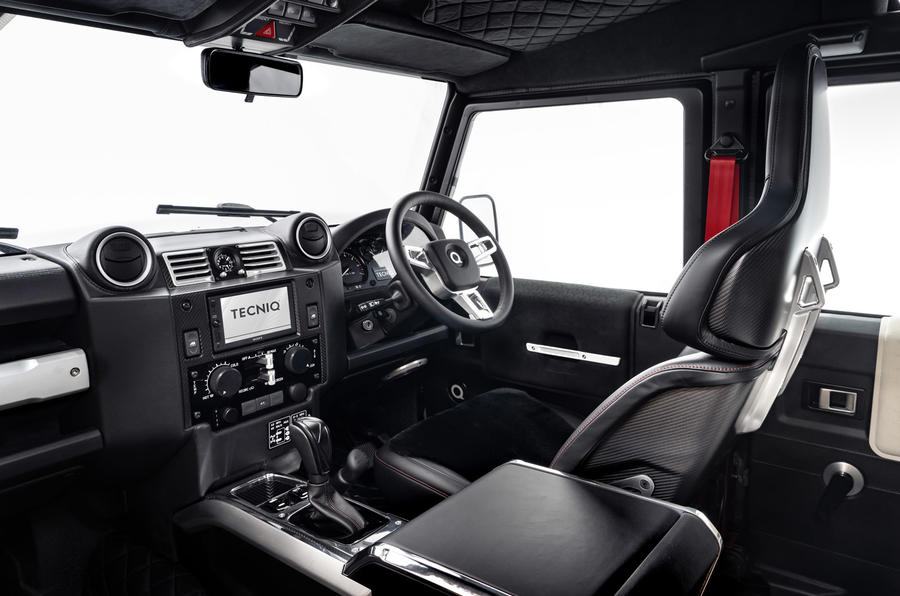 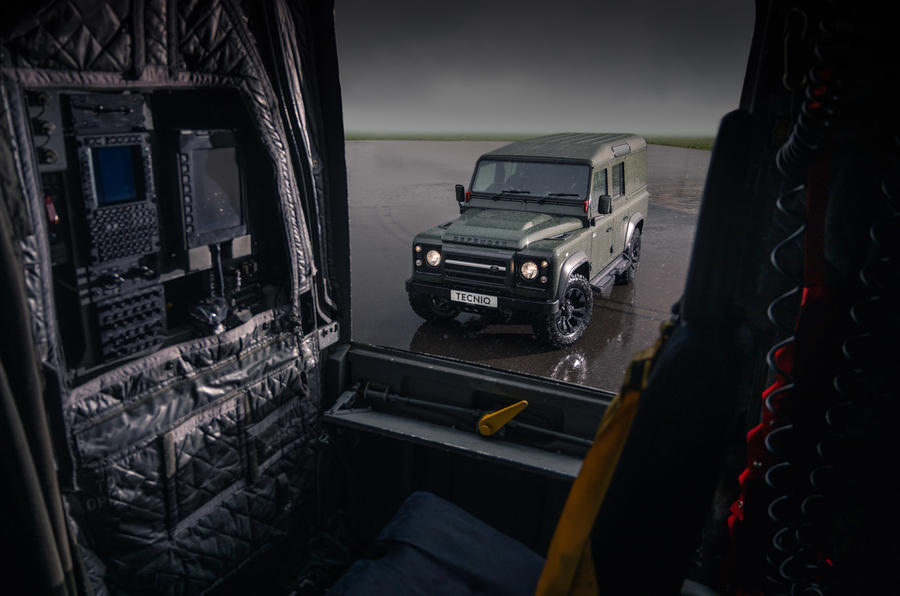 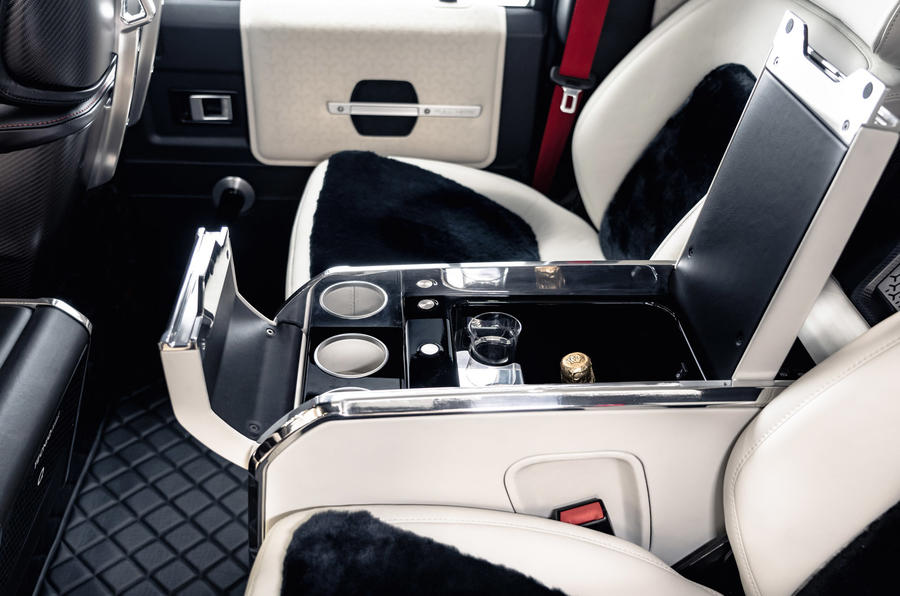